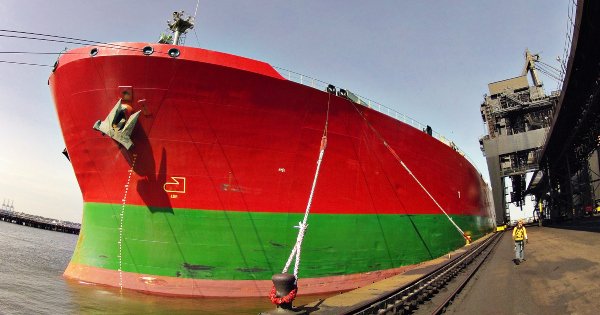 ICMB XI will be held at the University System of Maryland's Institute of Marine and Environmental Technology (IMET), housed in the Columbus Center at the foot of Pier 5, in Baltimore's Inner Harbor.

The main public entrance is immediately off E. Pratt St., just east of the intersection with Market Place. If map apps are directing you to the back of the building, try entering the destination as "East Pratt Street & Market Place, Baltimore, MD 21202".

Getting Here By Air

All three airports have comprehensive ground transportation connections including train, bus, shuttles, taxis, ride apps, and rental cars. Information desks are available to help passengers with arranging further transport upon arrival. Traffic in the D.C.-Baltimore area can be severe, so allow yourself plenty of time to get to and from the airport.

Public transit connects all local airports to rail and bus networks. This is the least expensive way to get from any airport to the conference venue.

Taxis may only pick up passengers at designated airport taxi stands or counters, and are prohibited from soliciting rides outside of those areas. At DCA and IAD, ride apps are also restricted to picking up passengers in designated areas. Check the airport website to orient yourself before you arrive. Ride apps serving each airport are:

Limited advance reservations may be available via Lyft and Uber. See their websites or apps for details.

If you'd prefer to make advance reservations for shared or private shuttle service, try these operators:

Make sure to confirm with the operator exactly where they will pick you up, since each airport has its own rules about where different modes of ground transport may receive passengers.

Getting Here by Train

Baltimore is well-connected to regional and national rail systems.

The nearest stations to the conference venue are:

The free Charm City Circulator bus connects all of these stations to the conference venue.

Getting Here by Bus

The closest intercity bus stations to the conference venue are:

None of the intercity bus stations are within easy walking distance from the conference venue. Further connections can be made by taxi or ride app, or via local bus service.

The Maryland Transit Administration (MTA) operates a network of commuter buses connecting Baltimore to its surrounding suburbs and Annapolis. See the MTA transit maps page for a Combined Commuter Bus & Rail map that can help with finding your best regional transit route.

The closest regional commuter bus stops to the conference venue are:

The free Charm City Circulator Orange Route bus connects the Convention Center stop to the conference venue. Board the bus at the corner of Pratt Street and Howard Street (stop 219), and get off at stop 224 (Columbus Center).

Getting Here by Car

Take exit 53 for I-395 N towards Downtown/Inner Harbor. Stay to the left of the road through the split in the ramp (I-395 on left, MLK Blvd on right), then move to the right lane. Just prior to the first traffic light, bear right onto W. Conway Street and remain in the far right lane. Just past the second light at S. Charles Street, the lane will move slightly left. At the third traffic light, turn left onto Light Street and move into the far right lane.

Continue to follow Light Street around to the right until it merges with E. Pratt Street. Follow Pratt Street for several blocks, passing the National Aquarium, the Power Plant shopping and restaurant complex (Phillips Restaurant, Barnes & Noble, Hard Rock Café), and the USCG Cutter 37 (historic ship) on the right. The Columbus Center/IMET is just past the USCG Cutter 37.

Beware that parking in downtown Baltimore is expensive, and the conference venue does not offer attendee parking. The nearest public parking garage (Pier V Parking, just past the Columbus Center building) charges $28-$30 per day, and visitors staying at nearby hotels can expect similar rates.

Getting Here by Boat

Docking is available at numerous marinas in Baltimore Harbor. Three marinas close to the Columbus Center/IMET are:

Contact the marinas directly for slip availability and costs.