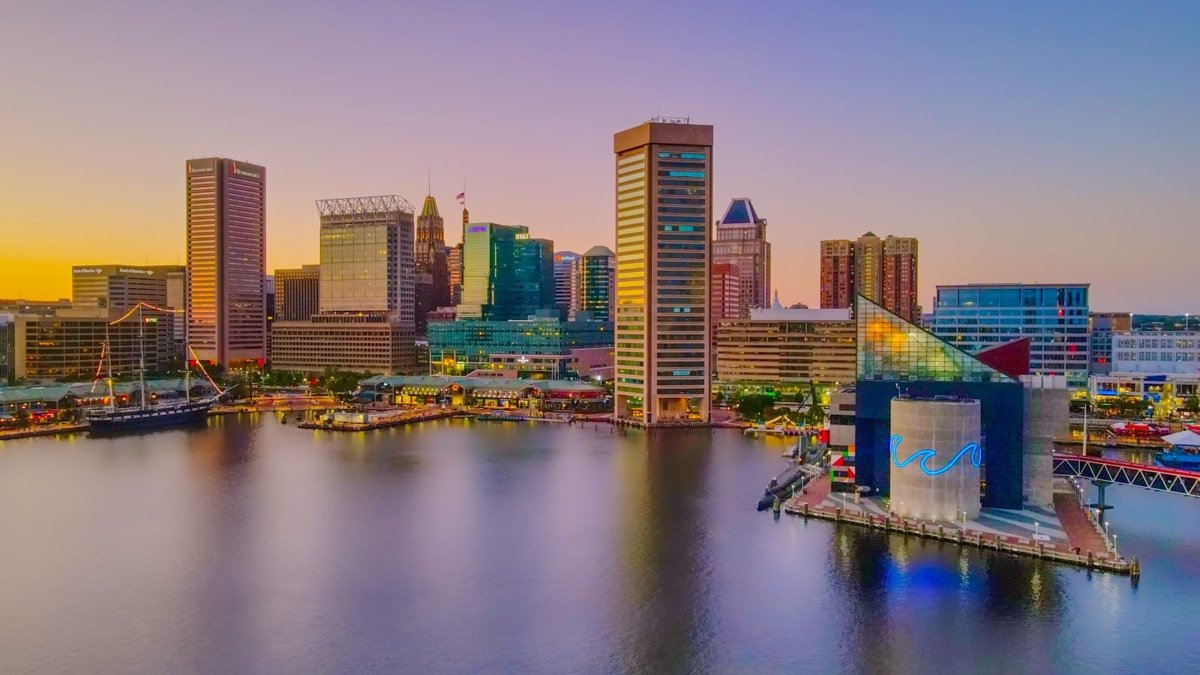 The City of Baltimore, Maryland is located at the mouth of the Patapsco River on the western shore of the Chesapeake Bay. It has a long history of peoples living connected to the Bay and its watershed, with archaeological sites dating back to 10,000 BC. At the time of European colonization, the land where Baltimore City now lies was maintained as hunting grounds by the Susquehannock people, whose towns were located further north, in the Susequehanna River valley.

Baltimore was a port long before it was a city. The Port of Baltimore was established in 1706 at what is now Locust Point, exporting tobacco to Europe. The Town of Baltimore followed 23 years later, on the west bank of the Jones Falls river. Fells Point sprung up to the east, with its natural depth making it ideal for building the storied Baltimore Clipper ships. By the end of the 18th century, the Port had begun trading with China, while Baltimore City had finally been formally incorporated. The city expanded rapidly, with its clipper ships voyaging to Europe and South America during the 1800s. Meanwhile, Baltimore saw the construction of the country's first railroad in 1830, and for a time the Inner Harbor was the second largest port of entry for immigrants to the United States.

Up through the mid-twentieth century, Baltimore was a major manufacturing center, and the memory of steel plants and shipyards still runs deep in the local culture. With the decline of U.S. heavy industry and manufacturing, Baltimore has had to reinvent itself. The most populous city in Maryland, today's Baltimore is a diverse and vibrant home to universities, major medical centers, numerous historical sites, world-class museums, fascinating neighborhoods, and a renowned art and music scene, while the port remains an important international terminal. Baltimoreans embrace their city's off-beat personality and underdog spirit, take pride in its deep African American cultural and historical roots, and remain as passionate as ever about the crabs and oysters that are the historical bounty of the Chesapeake Bay. Welcome to Bawlmer, hon!

While you're here, why not explore?

We've put together some guides highlighting favorite places to visit and things to do.