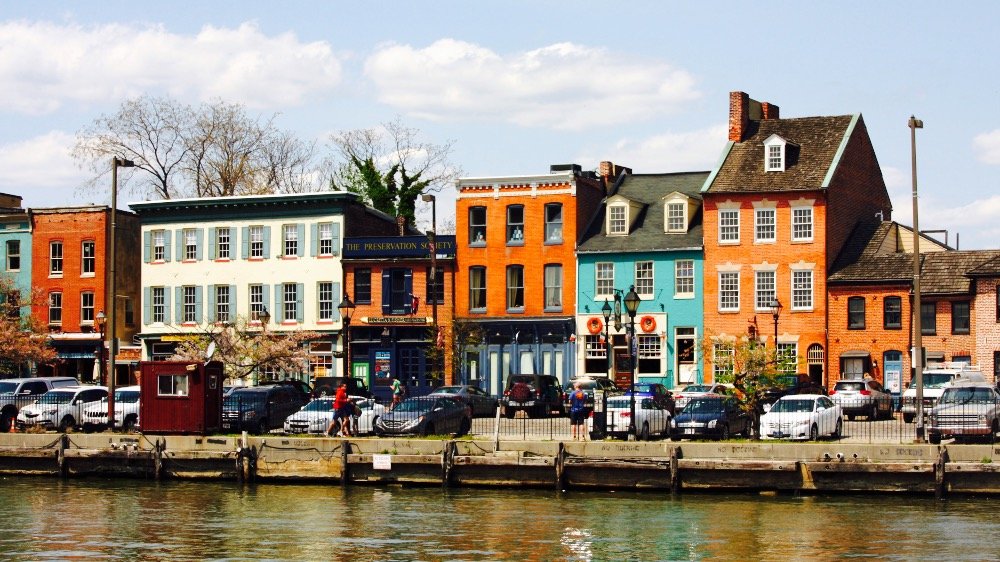 There are so many things to do and see in Baltimore! Here are a few favorites. And if you're looking to find a little green (or blue), don't miss our separate page on nearby nature areas.

Prices listed below are for one adult. Reduced-price tickets are often available for seniors and children. See individual websites for details.

Originally a working waterfront dating back to the 18th century, the Inner Harbor was redeveloped from the 1960s-1980s, becoming the jewel of Baltimore's tourism industry with its parks, plazas, world-class museums, restaurants, and entertainment venues. Of particular interest:

The National Aquarium ($40) showcases 20,000 different animals in award-winning habitats, from river to reef to rainforest. The Aquarium uses timed-entry tickets. Admission is 50% off Fridays after 5pm.

Tour Historic Ships In Baltimore's five floating museums ($20), including the U.S.S. Constellation sloop-of-war, the U.S.S. Torsk submarine, and the U.S.C.G. Cutter 37 (Taney), which is conveniently docked right next to our conference venue!

Pay a visit to Mr. Trash Wheel (free), a "semi-autonomous trash interceptor" who sits at the Jones Falls stream outflow just down the pier from our conference venue, preventing plastics and other trash from reaching the Bay. He's now got a growing family around Baltimore, and beyond!

Top of the World

Take in sweeping views of the city and the Port of Baltimore from the Top of the World ($8), the observation level atop Baltimore's World Trade Center. It's the world's tallest pentagonal building!

The Maryland Science Center ($27) features a planetarium, an IMAX theater, and three floors of science-focused exhibits for kids and grown-ups alike.

Fort McHenry National Monument ($15) was attacked in a pivotal War of 1812 battle that inspired the U.S.'s National Anthem. The grounds offer beautiful views of the harbor, while daily ranger-led programs, self-guided audio tours, and museum exhibits inside the historic Star Fort educate visitors.

If you have young people in tow, don't miss the Port Discovery Children's Museum ($22). Ranked among the nation's best, its three floors of interactive and role-playing exhibits include The Port, an enormous pretend cargo ship.

Nearby Neighborhoods to Explore

A small but mighty community full of families that have lived here for generations, several of which own the locally beloved Italian restaurants the neighborhood is known for.

This former shipbuilding port is one of Baltimore's oldest neighborhoods, known for its maritime history, picturesque streets, and modern restaurant and pub scene. While you're there, don't miss the Frederick Douglass-Isaac Myers Maritime Park Museum, celebrating the contributions of African Americans in the development of Baltimore's maritime industry.

Come for the panoramic views of downtown and the Inner Harbor from high atop this historic military outpost. Stay to explore the vibrant community, with its abundance of locally owned shops and restaurants.

A waterfront neighborhood known for its lively bar and restaurant scene, quaint and quintessentially Baltimore streetscapes, and historic breweries.

Even More Museums (plus a library)

The Reginald F. Lewis Museum of Maryland African American History & Culture ($12) is the largest African American museum in Maryland, with 10,000 objects and art dating from 1784 to the present in its permanent collection.

The Jewish Museum of Maryland ($10) is one of the country's leading centers for exhibits on Jewish history and culture, and the only museum in the U.S. with two historic synagogues telling the stories of two great waves of Jewish immigrants to Baltimore. In addition to docent-led tours of both synagogues, the museum hosts rotating exhibits and special events in its galleries.

The Walters Art Museum (free) has 36,000 art objects spanning seven millennia, in a campus of five historic buildings. Distinctive and eclectic, its collections range from 19th-century paintings of French country and city life to Ethiopian icons, richly illuminated Qur'ans and Gospel books, ancient Roman sarcophagi, and images of the Buddha.

The George Peabody Library (free) is known both for its extensive non-circulating collections of 18th and 19th century books and the stunning architecture of its interior, with five tiers of ornamental cast-iron balconies rising dramatically to the skylight 61 feet above the floor.

The B&O Railroad Museum ($20) has the largest collection of 19th-century locomotives in the country, housed in an original 1894 roundhouse, along with an extensive collection of scale models and toy trains. Board the Mile One Express ($3), a 20 minute ride in historic train cars along the nation's first mile of commercial track.

The National Great Blacks in Wax Museum ($15) is one of the only wax museums in the country dedicated to the preservation of African American history.

The Baltimore Museum of Art (free) With a mission to "connect art to Baltimore and Baltimore to the world," the BMA hosts a diverse collection of early-modern through contemporary works rivaling those of much larger cities, including the world's largest holding of works by Henri Matisse.